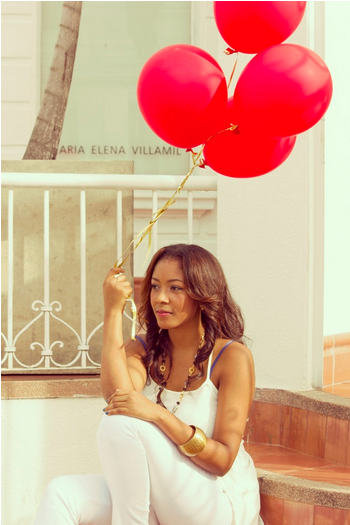 The Valentine’s Day Quagmire and Polyamory

This is a personal story in some of my navigations of Valentine’s Day as a polyamorous (and now Open) man.  But first some background.

Valentine’s Day, like all other holidays in the western world, has succumbed to capitalism to the point where it’s primary consistent benefit seems to be that millions of dollars will be spent on products (i.e. flowers, gifts, etc.) and services (i.e. restaurants, travel, entertainment, etc).  Regardless of how any one person or couple fares on Valentine’s Day, we know for a fact a ton of money will be spent and made every February 14th.  We know big corporate will win, which is event in the millions that will be spent on advertising to ratchet up the pressure for us to participate.  You can take that to the bank.  As a matter a fact, Valentine’s Day probably gives Christmas a run for it’s money. *pun intended*

So, yes, we have the capitalistic, materialistic element at play with Valentine’s Day, but then we have the “dominant relationship cultural narrative” at play as well – romantic, exclusivity, and specialness.  One of the most toxic mindsets and desires in modern human history.  Yes, our relationship culture, which is dominated by monogamy, has greatly influenced all of our holidays, but has affected V-Day the most in that it’s made it the epitome of what’s wrong with monogamous culture.  V-Day IS the day of special love.  It IS the day of exclusivity.  It IS the day of rejection.  It IS the day of exclusion.  It IS the day of hierarchy, specialness, and ranking.  It IS the day of grading and evaluating the actions of others.  It IS the day of jealousy and envy.  It IS a day that actually drives people to be in relationships if only temporarily so that the social media pics can go up on the 15th.  And as such, it has also become the day of extreme stress and anxiety for so many.  I can definitely speak for myself and many of the men I know that there’s a ton of WTFness in V-Day.  It’s like, when is it going to be over.  It’s the day that says either you ARE or ARE NOT the ONE (like Neo in the Matrix).  Are you the One?  It almost because a joke and point of mocking so many in our society that clearly won’t be the One on this day. *kinda sad*

V-Day is the ultimate filtering and bottlenecking system.  It’s a strainer of sorts to filter the unimportant dirt, particles, and rumble and keep only the diamonds.  Hey, I didn’t write the rules, but I’m merely an observer.  So, what does this have to do with polyamory?  Well, although many of us identify as poly, or in my case – open, many of us still carry monogamous value systems and ideals within us (i.e. V-Day).  We can all claim a higher level of relating and cooperation, but are we really?  Do polyamorous people still struggle with the same stresses and anxieties as monogamous people?  The answer is of course – YES.  Yes, we do.

Rather than be theoretical about it though, allow me to give my V-Day history as a polyamorous and then subsequently an open man.  My first “official” polyamorous relationship was back in 2008.  I met a thick hottie named D-Train (see my book Finding Male Sexuality for the details of our sexual relationship).  D-Train was my actual nickname for her and she was a brick house like a mf.  I met her on a cruise and was ecstatic that she lived in the Atlanta area near me.  We had a great relationship.  She grew up in a household where her mother was in a relationship with a married man for over thirty years and he maintained two households impeccably for her entire child and young adult life.  I’m saying that because, although she didn’t identify as polyamorous at the time, she was fully about that lifestyle and seen something similar work first hand.  I remember one night in December we were in the car just talking for hours, which we did often and she asked me if we could go out for Valentine’s Day.  *Remember, it’s December in this mf*  Like a dumb mf with no game and no awareness, I of course said “Yes!”; thus, restarting a new chapter in my life with this f*cked up holiday. *calling it f*cked up is totally my judgment and I realize that*

*Fast forward* to February and I realize I have a problem.  I have a wife and although we never really celebrated V-Day like that before because we were heavy into Pan African culture and religion, things were different now.  We were newly poly and free from judgment from a religious community.  My wife would want to spend V-Day together with me, but what could I do because I already promised my FIRST girlfriend EVER in poly that I would spend V-Day with her way back in December.  It might have even been November, but whatever.  We get to V-Day and I decide to take my wife to a very nice brunch. LMAO.  Feel free to stop reading now and laugh your ass off.  Get tissue or whatever you need to wipe the tears from your eyes so you can see the screen.  Are you back?  No?  Keep wiping your eyes.  *10 minutes later*  Ok, so we go to BRUNCH!!!! and the entire time she’s looking at me like WTF is this sh*t Rakhem?  I’m thinking, it’s V-Day brunch.  A special brunch.  She’s looking at me like, Rakhem must be doing a two part V-Day thing this year.  We’ll do brunch then DINNER MF!!!! later tonight.  Ah, no.  I have other plans tonight.  Long story short, she was pissed and I never did that shit again.  Yes, I did take my girlfriend to dinner.  Yes, it did feel great to go out with her. Yes, I did pay a steep mf price for my ignorance and lack of management and awareness skills.  That choice followed me for about five years.

*Fast forward again*  This time I’m living in a house with both my wife and another girlfriend.  All is good, then V-Day rolls around.  “Shit!”  What to do Rakhem?!  I’ve got it – I’ll take my wife, girlfriend, and daughter to dinner.  That actually wasn’t a scheme or anything.  I was really in a more open, fair, and equal mindset where all of my partners were going to be honored the same way.  I was more experienced in poly and was more on my management of my life and relationships.  It was also good because I wanted to take my daughter out for V-Day as well because she wasn’t dating yet, but about to be in the next few years, so I wanted her to feel honored as well and have some experience for the future.  That date and night went great.  No issues, but there was an issue that night that would haunt me next V-Day.

*Fast forward again to a year later* I’m in the same situation with my wife and girlfriend in the same house.  We all go out again, just like last year, including my daughter, but this year my wife’s boyfriend comes with us.  All good.  Great vibes UNTIL it’s time to go to bed.  You see, the year before I slept in the room that night with my girlfriend and my wife was with her bf (I think), but they weren’t planning on being together this year so I decided to sleep with my wife.  My girlfriend was pissed.  No blame, but I didn’t think about: (a) the fact that we still want specialness, (b) we’re still very much monogamous in our thinking, which is why we’re going out on V-Day to begin with, and (c) when women see a change in “patterns” of behavior, they assume it’s because something is wrong.  This turned into a major blow up and fight.  It’s not about blame because we were all where we were at that time.  I get it, but because I didn’t really care about V-Day in the first place and never really did, I wasn’t on my game and awareness like I should have been.  V-Day didn’t mean sh*t to me real talk and still doesn’t, but it meant a lot to my girlfriends.  I get that now.

*Fast forward to today*  At this point in my life, I identify as open, which means I live life on my terms and don’t compromise my happiness and desires to fulfill a contract or someone else’s contract.  That said, I do have agreements.  My current agreement with my wife is that we will spend major holidays together including V-Day.  That agreement resulted from the fiasco from the previous situation I just mentioned.  The agreement has served us well to this point, but I see the fallacy in it.  I’m further convinced that the “Open” lifestyle is the best way to go for ME because life is too fluid for agreements around monogamous holidays to last.  I’m really not into V-Day so unless things align perfectly, I’m not really going to participate.  I don’t expect anything from my girlfriends and more than likely, I won’t be giving anything to them either.  That said, if I do want to spend time with my wife or any other partner then I’ll explore that option.  It’s fluid and I want to remain free in this and all situations to make the best choice for me.  I know it won’t always be clean, but at least it will be my choice each and every time as to what I do.

It’s true that even today, I have girlfriends who have tension around what I’m doing or not doing on V-Day.  They are looking and comparing and setting themselves up for failure and hurt.  But I can’t control that.  I’ve been up front with all my girlfriends that I don’t do V-Day as an automatic thing, but if something pops off then cool.  The point of the story is that open relating (and all relationships styles) is a process and part of the challenge stems from our old cultural practices still being a part of lives.  V-Day in the way it’s currently constructed isn’t really a day conducive to a multiple partner situation.  I’m not saying it can’t work, but because we’re all babies in this poly and open lifestyle, it will take time and care to navigate it for many of us.  Poly people shouldn’t feel defeated or wrong if they navigate this f*cked up “holiday’ in the wrong way or not feel bad about being hurt that your partner has chosen another partner to spend this day with.  It’s a process.  Our hurt and pain come from our beliefs about what this day IS as opposed to knowing that whatever happens on V-Day, we are still love and perfect and special and powerful and it’s all good.  I wish everyone a beautiful and prosperous V-Day and hope we ALL feel the love today, not just a select few of us.